“The light of the body is the eye: if therefore thine eye be single, thy whole body shall be full of light.” ~ Matthew 6:22

“This life’s dim windows of the soul / distorts the heavens from pole to pole / and leads you to believe a lie / when you see with, not through, the eye.” ~ William Blake

Something interesting is happening. Currently, and for the past several months, the number one most searched out post on Parallax is “The Art of Seeing: Third Eye Perception & The Mystical Gaze.”

Everyday someone finds Parallax through typing “Why do I see a spinning tunnel when I shut my eyes” (or some similar variant) into their search engine. According to WordPress’ statistical analysis, these are trending key words.

Given the fact that third eye “awakenings”—as these activations are known—are traditionally associated with deepened or expanded consciousness, I’d say this bodes well for the trajectory of humanity. And let’s face it: we could all use a little good news in that department.

The ever-expanding comments section of this popular post has become a veritable reference guide for everyday descriptions of a subject often obscured by abstract esoteric language. I’m thrilled to report it has become an active forum of discussion.

Four years ago, when I wrote “The Art of Seeing,” the subject seemed hazardously “woo”—it felt like going out on a limb. Now it seems more relevant than abstract. Because apparently a lot of people are having these experiences….and looking to the internet for answers. 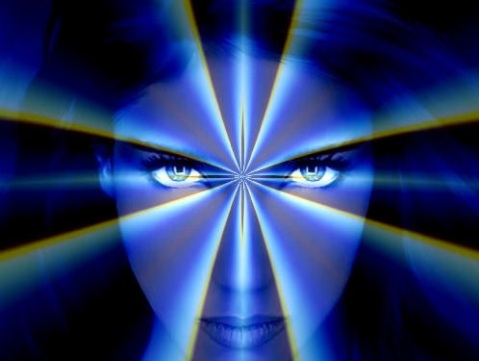 [From “A Brief Guide To Expanding Your Mind.”]

So I thought it might be an apt time for a follow-up. I’ve had my eye on this subject—haha—for a while now, and definitely harbor a few more insights to offer in terms of practical application.

But first, what do I mean by a “third eye experience?” For me, it meant that during meditations (and I’m no yogi; I’m more of a ‘5 minutes in the bath’ type,) I began to see a subtle but definite spinning sphere in the darkness of my closed eyes. Sometimes it seemed to approach, yet in a teasing way, never “arriving.” Then one day I realized it looked more like a tunnel, or wormhole, than a sphere. This was a common thread in reader comments. 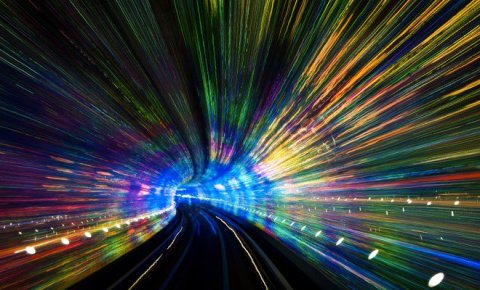 The idea of a chakra, or energy center, in the midpoint of the skull that acts as a channel for higher consciousness dates back to ancient Eastern literature, from Hinduism to Buddhism. It also figures prominently into ancient Egyptian iconography.

Though there are slight cultural variations in description (and of course mythology), the essential idea remains the same: the third eye is a conduit for extrasensory perception, a receptor for subtle visioning that each human possess. It is a recurring spiritual motif of the ancient world, which has continued in various occult societies, and through the direct experiences of meditation practitioners & clairvoyants, into the modern age.

In modern times the third eye has been linked with the pineal gland, as a physical counterpart to this energetic center (though many speculate the link has been made as far back as ancient Egypt.)

The pineal gland is responsible for producing melatonin, for light detection, and for regulating sleep patterns, as well as circadian rhythms. It is located exactly between the two brain hemispheres. Interestingly, the pineal gland of modern humans is often calcified, mostly from flouride & cell phone exposure. (Click here to see how to help decalcify it.)

Being that the pineal gland is associated with connecting to higher consciousness, the fact that the number one dulling agent is added, by government decree, to our drinking water begins to take on a sinister, dystopian quality, not missed by the conspiracy theorists of the world.

What is happening on a scientific level? Well, we don’t know for sure. But “scientists believe [that] the same way that fireflies and deep-sea creatures can glow, cells within our eyes emit biophotons, or biologically produced light particles.” [“Why Do We See Colors With Our Eyes Closed.”]

In other words, the lights we see when we shut our eyes (called phosphenes) are coming from our brain. Which does not seem at all incompatible with metaphysical interpretations of third eye activity, particularly when you bring the physical pineal gland into the whole operation.

“Is it possible to really ‘see’ energy? Not directly,” explains Taoist Casey Kochmer. “While our eyes can see the end results of energy in action [they] only ‘see’ what they are designed to see, light. What our third eye does is process information and then overlay that information over our other senses in such a way we can then interpret and interact with energy…

“Auras are such an information overlay. Your brain has the ability to process visual information, but the image it creates for you is not limited to what comes from your eyes. Consider what you see on this page as you read it. You aren’t seeing black lines. You are seeing words and then concepts and ideas overlaid on top of them.” (“What Is The Third Eye?”, Personal Tao.)

You are currently reading The Mind’s Eye at PARALLAX:.