Some part of our being knows this is where we came from. We long to return. And we can. Because the cosmos is also within us. We’re made of star-stuff. We are a way for the cosmos to know itself. ~ Carl Sagan

We are stardust ~ billion year old carbon. We are golden ~ caught in the devil’s bargain. And we’ve got to get ourselves back to the garden. ~ Joni Mitchell

Long before man went to the moon, he looked up at the stars and pondered his place in the cosmos.

Many a soul has looked up to the shimmering panorama of the night sky and felt a kinship, perhaps with a certain star or constellation. Many experience a sense of longing, as if some key to their existence might be hidden there.

It’s not just a poetic line. In a very real way we are made of stardust.

All the elements necessary to create life — carbon, nitrogen, iron, to name a few–were first forged in the nuclear furnace of a stellar explosion. And so every atom in the human body came, originally, from a dying star, propelled outward into the universe.

Countless books, movies, songs and legends reflect our sense of kinship with these burning bodies of celestial light, so seemingly different from our own bodies of flesh and bone…From radio hits about being “all made of stars” to Native American oral traditions, which describe human origins and helpers from the heavens.

In the past century, we have witnessed a renaissance of human thought, now aided by the information age. At the same time, we have seen an incredible amount of bloodshed and suffering. Is it getting better or getting worse? Apocalyptic prophesies abound. But so does talk of an awakening.

Over the past half century, connected with this idea of awakening, the terms “Starseed,” “Starborn,” and “Star Children” have become a part of the fringe cultural dialogue.

The idea has formed within this multi-generational conversation that some souls are “not from here.” Many mystically inclined would argue that none of us are spiritually “from here,” and the starseed concept is compatible with this idea. The theory goes that these souls, the starseeds, have incarnated more often in other solar systems; that earth is not their home planet.

According to Scott Mandleker, Ph.D., author of From Elsewhere: Being ET in America, recurring themes among starseed identified individuals include feeling alien to contemporary human culture; disconnection from, and even disgust with, accepted norms…a deep spiritual longing and the sense that, not only is there more to life than meets the eye, but that they have a mission to fulfill. The word “mission” seems to be a trigger word for starseeds almost without exception. Many have had extra-dimensional or ESP encounters, which have affirmed their sense of differentness and sensitivity.

There is usually a strong connection with nature and the stars, an interest in space, science fiction, other worlds, ancient cultures, environmentalism and human potential…perhaps even homesickness for a place they’ve never known in this life.

Many starseeds feel they have chosen to forget their other worldly origins in order to grow up on human terms and blend into the culture — though most feel the intention was to eventually “wake up” to their true calling as paradigm-pushers and ‘spiritual beings having a human experience,’ (as the Pierre Teilhard de Chardin quote goes.)

Though in some rare cases, starseeds feel they’ve been exiled to earth, the majority feel their intergalactic mission stems from the compassionate desire to help nudge humanity onto the path of its destined awakening.

Starseeds, without fail, intuit the civilizations from which they’ve come have moved beyond earth’s current state of divisive turmoil into a phase beyond war, disconnection and bloodshed. For this reason, starseeds invariably find themselves looking to serve humanity, choosing vocations which center around healing, teaching, human potential, the arts, environmental assistance and social outreach.

Most feel their own path of awakening, their spiritual journey, is of utmost importance in order to truly live the new paradigm they wish to exemplify.

Though the stuff of science fiction, and many would say wishful thinking, the phenomenon has been felt by so many isolated individuals, unprompted  — only later to be united by a website, a conversation, or a book — that it truly deserves some investigation by the open minded among us. And it could be science fiction itself is a product of productive starseed types, exploring inner worlds which lead them inevitably to worlds beyond their own.

The most common take on this intuitive knowledge is that these interstellar souls have come as artists, visionaries, dreamers and pioneers of thought to assist in humanity’s impending rebirth, to act as midwives through the inevitable labor pains.

Psychedelic icon Timothy Leary may have been the first to use the word “Starseed” in his short work, “Starseed: Transmissions from Folsom Prison.”

He penned “Starseeed” while serving time on charges of marijuana possession, for which he was issued a 95 year sentence — an unheard of amount of time for the crime committed. While officially held on drug charges, at the hearing the judge remarked: “If he is allowed to travel freely, he will speak publicly and spread his ideas.” (Jesse Walker, “The Acid Guru’s Long Strange Trip.”)

President Richard Nixon had earlier labeled Leary “the most dangerous man in America.” (“Tim Leary, Pied Piper of Psychedelic 60’s.”) To have the president of the United States call a pacifist author-philosopher by this title should tell you something about the repressive state of affairs in which free thinkers find themselves.

Yet the irrepressible psychedelic spiritualist continued his work from jail, writing in 1973:

“This signal is being transmitted from a cell in Folsom Prison, which is the Black Hole of American society […] Some cosmologists suggest that Black Holes […] may be passageways to another universe, just as the manholes in Paris lead to a world beneath the street. Well, the maximum security prision is a fine place from which to scane the universe […]

“Out here, beyond good and evil, one sees America in pain, injured nervous systems propelling robot-bodies in repitiuous, aimless motion along paths labeled rights and wrong…”

Yet Leary remained fiery with optimism:

“The entire universe is gently, rhythmically, joyously vibrating. Cosmic intercourse. This is a message of hope and interstellar love from the Black Hole. Irrepressible optimism. Yes, it is true that repressive pessimists now control planetary politics. This is a larval phase.”

At this time, Leary had begun receiving what he believed were telepathic messages from outer space, presumably the genesis for “Starseed.” He began to see man’s true means of spiritual transcendence as coming from the stars:

“[…].certainly the anticipation of ‘saucers’ transporting humanoid bodies is naive. It is more likely that extra-planetary contact will be received by the instrument which was designed over three and a half billion years ago to pick up electro-magnetic vibrations. The human nervous system itself […] 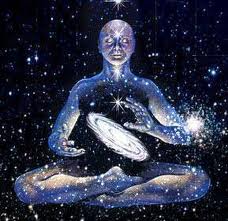 “This message of neurological resonance can be censored, imprisoned but cannot be crushed because it comes from within, from the DNA nucleus inside each cell, from the evolving nervous system. The Higher Intelligence has already stepped on planet earth and its script is writ within our bodies, emerging in every generation.” (  Click this link to read the full piece online.)

(He did end up getting an early release, after five years, and resumed his energetic career, this time with emphasis on man’s place within the cosmos.)

To take the Starseed Test, click here! (Normally, I don’t put much stock in these test, but this is a good one, composed by licensed psychologist Scott Mandleker, author of From Elsewhere: Being ET in America, which we’ll examine in the next installment of the Parallax starseed series.)

You are currently browsing entries tagged with Studies in Consciousness at PARALLAX:.