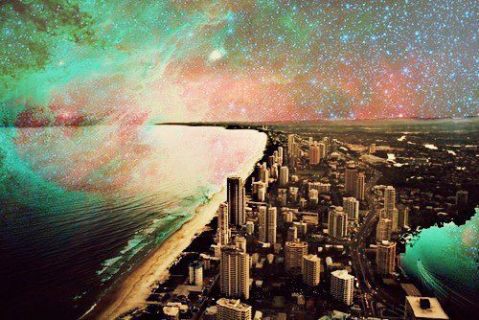 “Apocalypse does not point to a fiery Armageddon but to the fact that our ignorance and our complacency are coming to an end. Our divided, schizophrenic worldview, with no mythology adequate to coordinate our conscious and unconscious — that is what is coming to an end.” ~ Joseph Campbell, Thou Art That

“If there is an Armegeddon it is within each of us.” ~ Robert Ghost Wolf

I write on the eve of the Mayan Apocalypse, Dec 21st 2012 — a date they are calling “the most anticipated date in history,” which has been gaining power and momentum in the collective mythic imagination for literally decades.

2012 has become a cultural phenomenon, far exceeding any basis in Mayan history, expressing, rather, our own collective sense of dread — that we are heading for destruction, and change of a radical nature is needed if we are to survive. 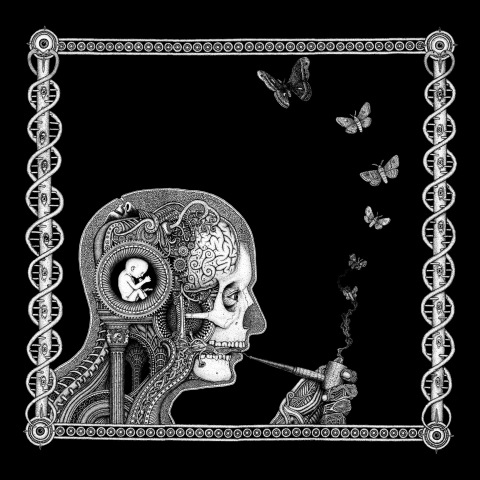 Archeologist, anthropologist and author Michael D. Coe was perhaps the first to put forth an apocalyptic interpretations of the ancient Mayan codices, writing in his 1966 book The Maya:

“There is a suggestion … that Armageddon would overtake the degenerate peoples of the world and all creation on the final day of the 13th [b’ak’tun]. Thus … our present universe [would] be annihilated [in December 2012] when the Great Cycle of the Long Count reaches completion.”

Since then, apocalyptic prophecies have proliferated exponentially, leading up to the fervor of the 2012 phenomenon. The film industry has capitalized off this fear/trend with a mounting plethora of apocalyptic and post-apocalyptic movies. Post-apocalyptic video games like Fallout abound. New Age bookstores are exploding with 2012 material. Youtube features a veritable frenzy of 2012 videos… 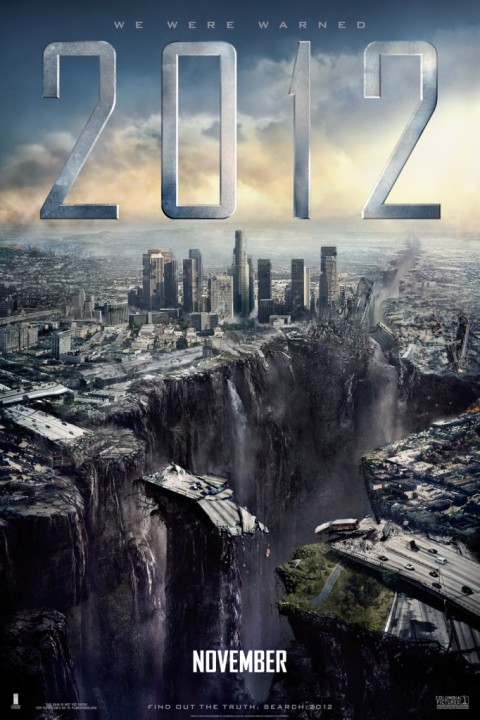 Yet actual modern day Maya and Mayan scholars insist that the end of the ancient calender simply signifies the end of an era, known as the thirteen ba’kt’un (each ba’kt’un being equivalent to 394.26 years.) It is the end of an age of man, what the Maya called the fourth world.

Ricardo Cajas, president of the Colectivo de Organizaciones Indígenas de Guatemala, states that the date does not represent an end of humanity, but of a new cycle, which “supposes changes in human consciousness.” 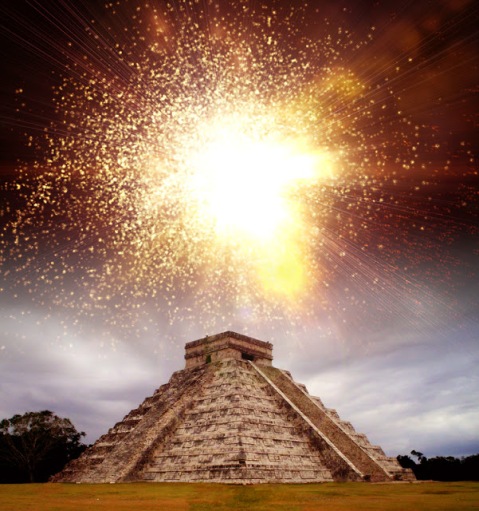 According to a diverse group of indigenous peoples’ creation myths, from Mexico to New Zealand, there have been three failed worlds before our current age (could these legends refer to lost continents such as Plato’s Atlantis?).

The Hindus believe that earth goes through four world  cycles, or ages of man, which repeat indefinitely. Most interpreters of Hindu scriptures believe that earth is currently in a Kali Yuga cycle,  a dark time marked by destruction and degeneration in human values, known as “the age of the demon” or the “age of vice.” Eventually, the Kali Yuga will evolve into three more cycles, each one improving, until we reach a Golden Age. 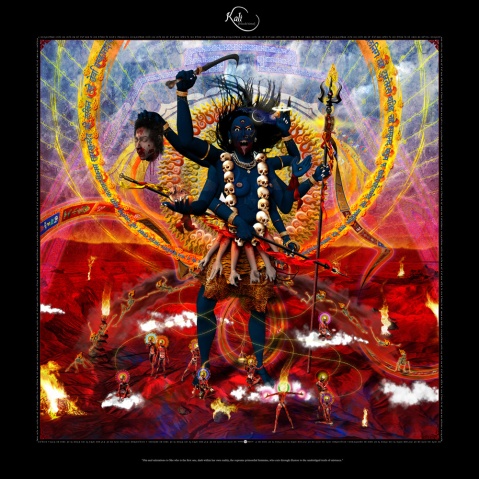 “We Hopi believe that the human race has passed through three different worlds and life ways since the beginning,” details Hopi Elder Dan Evehema. “At the end of each prior world, human life has been purified or punished by the Great Spirit, or Massau, due mainly to corruption, greed and turning away from the Great Spirit’s teachings. The last great destruction was the flood which destroyed all but a few faithful ones who asked and received a permission from the Great Spirit to live with Him in this new land.”

According to Chief Evehema, the famous rock inscribed with Hopi hieroglyphs (Hopi Prophecy Rock) foretold both world wars and indicates an upcoming time of choice, where humankind will be offered a choice between the path of the heart and the path of the intellect and materialism.

“Modern man is out of balance because he lives in a left-brain dominated society,” asserts the Hopi elder, “leading to imbalance and conflict, and ultimately to destruction.” 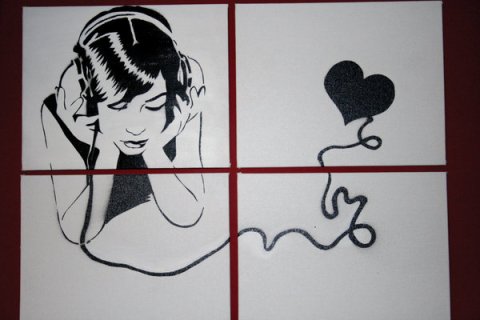 We find ourselves in a runaway culture of technological advancement, where authentic human connection –to the earth and one another — threatens to be left behind. Isolation and distraction abound. As Daniel Pinchbeck, author of Breaking Open the Head, says, “We live in a culture where everything tastes good but nothing satisfies.”

Violent outbursts, like the recent tragic Sandy Hook Elementary School massacre and the stabbing of 20 school children in China — bizarrely, on the same day — create a disquieting atmosphere of building tension and mounting darkness. It’s as though we are experiencing a dark night of the world soul.

“A dark night of the soul,” writes Erin Reese in her post of the same name, “primarily occurs when the old self-image is ready to go. This is the outdated identification of who you think you are – the ego structure. When the self-image becomes calcified in any way, a dark night of the soul comes rumbling in like storm clouds.” (For more, check out Parallax’s Navigating the Dark Night of the Soul.)

Astrologically Pluto and Uranus have been, and continue to be, influential.

“The effect of Uranus is to shatter old outworn forms so as to allow new life to be born. Pluto is the Lord of the Underworld in the Roman archetypal pantheon. In traditional astrology Pluto represents the eternal cycle of death and rebirth. In the Egyptian pantheon Pluto is Osiris, the God of Regeneration; Uranus is Wadjet, the Great Awakener. The long lasting square between these two astrological giants [during 2012 and for the next few years] suggests that we have only just begun our journey of incredible transformation and change.”(Astrological Insights.) 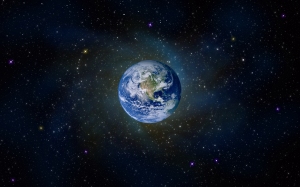 “Uranus represents change, invention, revolution, and higher awareness,” details astrologer Jamie Partridge. “It’s effect is shocking, unpredictable, and erratic. Pluto represents globalization, destruction, transformation, and renewal.  It’s effect is grinding, ruthless and extreme. Both of these planets are distinctly non-personal and emotionless, yet their effect is dramatic and deeply felt. The square is the most challenging of the planetary aspects, representing tests and challenges. It’s effect is stressful and frustrating.” 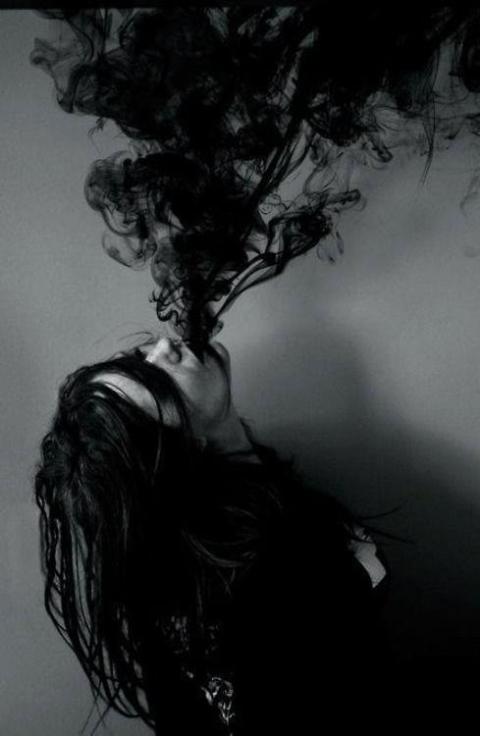 I wouldn’t include an astrological analysis if I hadn’t felt the truth of these interpretations in my own life. So many people in my life tell me they feel it too: that 2012 was one of their most intense, full years. Many have had very hard years, while others have had intensely wonderful years. Most of us have had a mixed bag of extreme highs and lows. Few people found 2012 to be “just another year.” 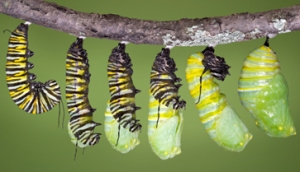 For many, a pressure is building. The need to burn away all that is false (a trait associated with Pluto.) Many I speak with seem to be going through an emotional-spiritual purge or some kind of shadow work at the moment. I think many of us feel innately that it’s a good time to purify and detoxify (look for tips on this in future posts!). Many feel pushed to their limit and filled with a desire to restructure their life. Old behaviors which no longer serve us are becoming increasingly uncomfortable. I realize this doesn’t apply to everyone, but it strikes me as significant that so many people I know are experiencing one or all of these things right now — more than usual, it seems.

And so the 2012 phenomenon, the so-called Mayan Apocalypse, can be seen as an expression of our personal and collective discomfort with old existing structures and outmoded patterns of behavior. When Dec. 21st comes and goes and the world remains in all it’s chaos, we will be left with the anti-climatic but significant realization that there is no escaping ourselves.

Let’s die to the past through this inner apocalypse  — harness the intense energy of this time  and use it for personal rebirth and transformation. We are collectively craving it. But it can only start with each of us, individually, and it can only take place in the present, right now. 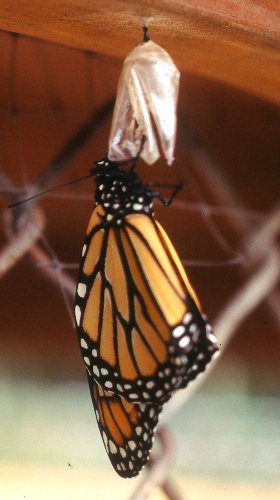 You are currently browsing the Transformation Destruction & The Inner Apocalypse category at PARALLAX:.