The World in a Grain of Sand

“All this hurrying soon will be over. Only when we tarry do we touch the holy.”

It is perhaps one of the most absurd and paradoxical struggles we face as modern humans: the quest to be “in the moment” — a place we already are.

In the fast-paced age of technology, with the increasingly divided attention created by smartphones, we’re so pressed for time, apparently, we can’t even pause for breath between the word smart and phone. It’s harder than ever to wholly and simply be here now.

The etiquette of cell phone use has not evolved at the same speed as it’s popularity. It’s common for eye contact and conversation to be routinely interrupted as we check our phones compulsively the second we hear the buzz of some incoming text or email. Pavlov’s dog has nothing on us. We are constantly being called out of the tangible moment.

It often reminds me of the Star Trek episode, “The Game,” where an addictive pleasure technology finds its way on board the starship and suddenly everyone is walking around with the little screens fixed just before their eyes, smiling and absent from the world around them.

Mindlessness is a modern epidemic. With the presence of increasingly more portable technology, we are even less likely to be in the moment — dividing our attention between what’s happening in real life and what’s happening in text or email land. It’s easy to find ourselves not giving loved ones our full attention, meaningful eye contact, or authentic empathy. Not for a lack of caring, but for a lack of presence.

As we hurry from this to that, anxiously planning our next move, trying to keep up with the game, we are in fact one step behind; in danger of not truly living, but letting our automatic pilot guide us through a tasteless, scentless, textureless existence.

Humans already have a propensity to get lost in remembered past or projected future. As Mark Twain said, “I have known many troubles, but most of them never happened.” Add this tendency to our increasingly distracting modern technology and the resulting noise can overwhelm our ability to live in the moment.

Before we know it, we’ve driven ten miles, or walked five blocks, without truly seeing anything we’ve passed.

Mindfulness, the focused awareness of the present moment and all it contains, can bring the attention back; so that we are not zombies going through life on automatic, but in that apex of unfolding existence, the living moment. 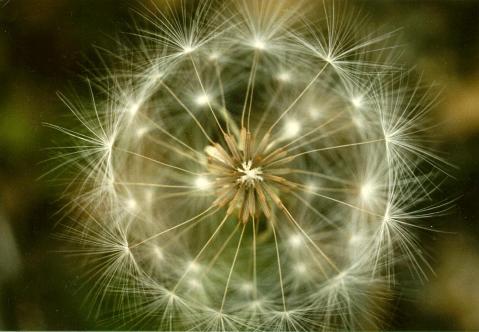 Ancient Eastern mysticism attributes the mind’s mania for avoiding the present moment to the Ego’s struggle for survival.

Metaphysically speaking, the Ego is a false construct of the mind that is not rooted in ultimate being. It is self-centric and lacking a natural sense of connectivity. In the living moment of the present, the Ego holds no power. Because the Ego itself  is imaginary and unreal, it can only hold dominion in the imagined and unreal moments of the past and future.

When we become fully present in the moment, we experience a sense of increased color, clarity, and vitality. But the Ego loses its hold over our attention, and instantly conspires to get it back.

The study of being is the basis of Ontology, an entire branch of philosophy in itself.

In it’s most basic sense, being denotes a sense of self-awareness that extends beyond the self into the moment at hand and the world at large. In Being and Time, Martin Heidegger uses the word Dasein, (which in German, literally means being-there/there-being) as a co-term for being-in-the-world. 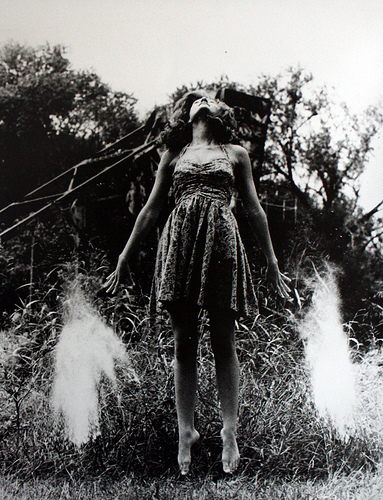 According to Eckhart Tolle, author of The Power of Now, the Ego-run mind “creates an opaque screen of concepts, labels, images, words, judgements and definitions.”  These mental constructs are the currency with which the mind operates, and the ego relates to these constructs rather than to reality directly.

Interestingly, this description echoes our relationship to digital life, relating to things which represent reality, rather than reality itself. We may be looking at a picture of a flower, but in it’s true form the image is nothing but a block of code.

According to Tolle, this opaque screen created by the Ego blocks all true relationships and creates the illusion of separateness. We no longer feel at one with all that is, even if we believe in theory that we are all inter-connected, in reality we feel cut-off. 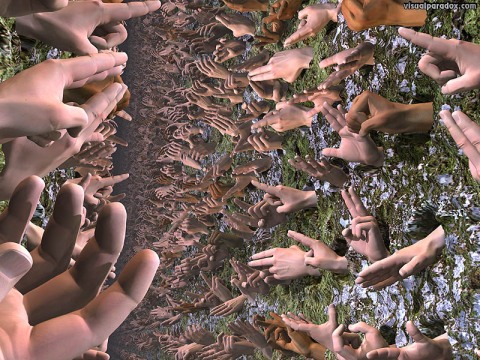 Eastern mystical teachings identify this sense of isolation as an illusion, an idea supported by scientific fact. On a molecular level, there is no distinction between the molecules of my hand and the molecules of your hand as they touch, not such hard lines between us as we may perceive.

In the Eastern concept of Maya, we do not experience the environment itself but rather a projection of it, created by our perception. Modern science has confirmed this; neurologically, we are literally reconstructing the world inside our brains in order to perceive it.

Tuning into the present moment can help us relate directly with our environment, rather than relating to our own inner constructions and projections as a substitute for the living world. 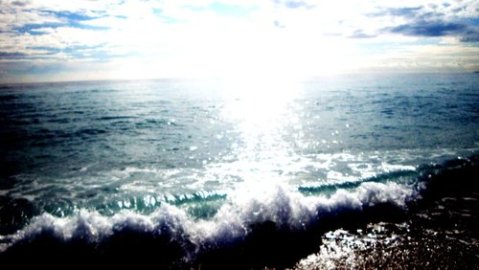 “Mindfulness blurs the line between self and other,” explains Michael Kernis, a psychologist at the University of Georgia. “When people are mindful, they’re more likely to experience themselves as part of humanity [and] as part of a greater universe. That’s why highly mindful people such as Buddhist monks talk about being one with everything.”

Mindfulness can be practiced at all times, in all places. It is simply the art of awareness, the savoring of details, cultivating alertness to one’s thoughts and feelings, without getting wrapped up in them.

“In the practice of right mindfulness,” explains Buddhist monk Bhikkhu Bodhi, “the mind is trained to remain in the present, open, quiet, and alert, contemplating the present event. All judgments and interpretations have to be suspended, or if they occur, just registered and dropped […] the mind is deliberately kept at the level of bare attention, a detached observation of what is happening within us and around us in the present moment.” 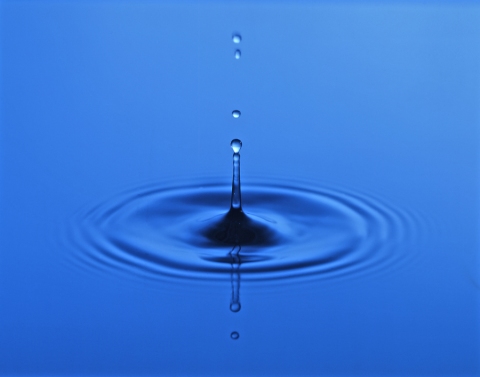 To become the master of our own mind is to become a peaceful witness to the thoughts and feelings which pass through us. This is the essence of mindfulness, and can be developed by practicing extended periods of calm, alert awareness.

If you watch for your next thought like a cat watches a hole for a mouse, the mere act of alert waiting can slow the inner chatter.

After some time practicing meditation, the student will begin to experience times of prolonged inner calm, free of internal dialogue. The discovery is made: I am not my thoughts.

Who or what we are when we have ceased to identify with our thoughts and hence our Ego, is the beginning of enlightenment, according to Eastern tradition. Even if you consider the idea of enlightenment unrealistic, quieting the mind has been proven to enhance well-being.

According to Psychology Today, researchers at the University of California, San Francisco, found that schoolteachers briefly trained in Buddhist techniques who meditated less than 30 minutes a day improved their moods as much as if they had taken antidepressants.

For anyone interested in pursuing this avenue, I recommend Sakyong Mipham’s Turning the Mind into an Ally.  For an even easier introduction and guided support, check out the free app “Headspace.”

Though traditional meditation is one option, it’s not the only way to achieve increased presence.

Mindfulness can be practiced wherever you are, simply by bringing awareness out of the abstract and into the tangible.

This could mean anything from admiring the swirl of woodgrain on a table, to running your hand against the rough bark of a tree, to relishing the flavor of the food you’re putting in your mouth. As renown modern architect  Ludwig mies van der Rhoe said, “God is in the details.”

Another helpful practice is to remember the temporary nature of all things. Though we know everything changes in theory, in actuality, we often act (and secretly feel) like things will stay the same indefinitely — acting as though this friend or that place will always be around. But people change, people pass away, parks get paved over, nations go to war. This moment will never come again.

The living moment is all that’s real, and all that will ever be real — the past a memory, the future a dream. 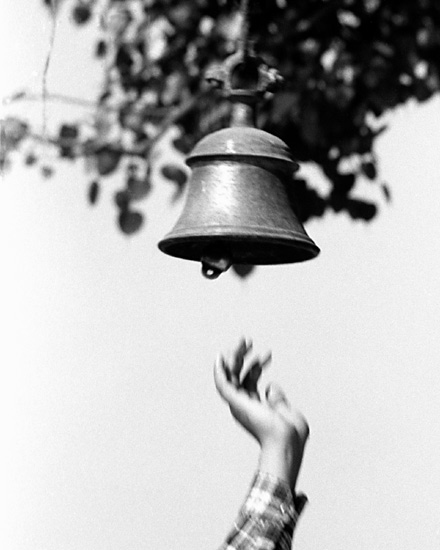 In such a transcendence we do not lose ourselves, as we might fear, but rather gain the richness of feeling part of our world. Each cell within us is distinct and separate, yet part of the greater body.

To see a world in a grain of sand
And a heaven in a wild flower,
Hold infinity in the palm of your hand
And eternity in an hour.

You are currently browsing the The World in a Grain of Sand category at PARALLAX:.