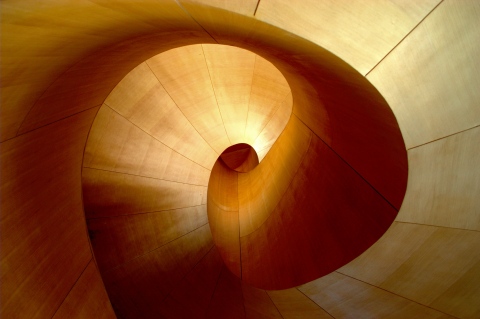 “There is a special ratio that can be used to describe the proportions of everything from nature’s smallest building blocks, such as atoms, to the most advanced patterns in the universe, such as unimaginably large celestial bodies.” Justin Kuepper

The Golden Ratio — also known as the Golden Mean, Phi, or the Divine Proportion —  has inspired the imagination of artists, mystics, and mathematicians for centuries.

The proportion is derived from something known as the Fibonacci sequence — an arrangement of numbers wherein each succeeding term is simply the sum of the two preceding terms (1, 1, 2, 3, 5, 8, 13, etc.) The Fibonacci Sequence forms the basis for our Golden Ratio —  1.618 — a proportion which recurs with amazing consistency throughout the natural world.

For instance, sunflowers, which have opposing spirals of seeds, utilize the Fibonacci sequence to most efficiently distribute their seeds in the most compact space. 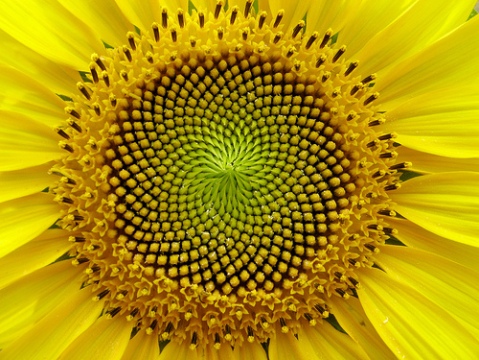 Ancient Greek philosopher and geometer  Pythagoras is thought to be the first to have determined that human proportions themselves corresponded with the Golden Mean — later revisited by Leonardo da Vinci, most famously explored in The Vitruvian Man sketch.

“The Fibonacci numbers are Nature’s numbering system. They appear everywhere in Nature, from the leaf arrangement in plants, to the pattern of the florets of a flower, the bracts of a pinecone, or the scales of a pineapple. The Fibonacci numbers are therefore applicable to the growth of every living thing, including a single cell, a grain of wheat, a hive of bees, and even all of mankind.” ~ Stan Gris

We see the Fibonacci spiral in everything from DNA ….

…to the inside of the human ear … 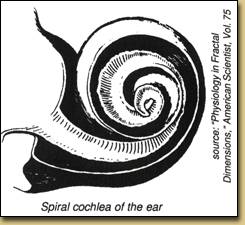 …to the “Logarithmic Spiral” of a common shell.

Below, see the mathematical representation of the Fibonacci Spiral.

Not surprisingly, the proportions within the Golden Ratio are commonly utilized in art and architecture to obtain maximum aesthetic harmony. 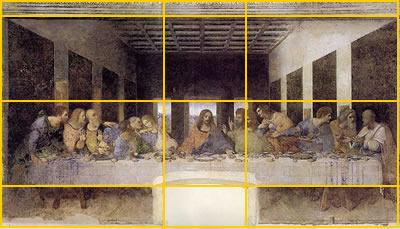 These patterns are backed mathematically with astounding consistency, suggestive of order within the seeming chaos of our world. For some, the existence of the Golden Ratio is proof even of God. At the very least, it shows an architectural harmony to the building blocks of life.

These naturally recurring patterns have a close relationship with Sacred Geometry, the use of geometric form as cosmic language, most famously represented by the mandala. Classically used in Eastern religions to help aid meditation, the mandala can be found in diverse cultures throughout the world, often representing the connectivity and continuity of life. 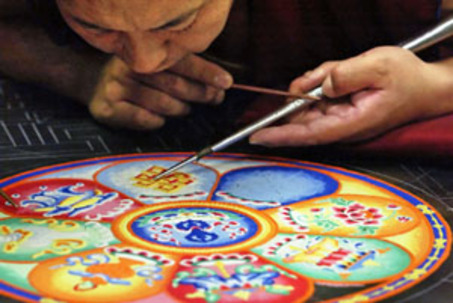 The fact that the root [of the Golden Ratio] is [mathematically] irrational expresses the concept that our higher dimensional faculties can’t always necessarily be expressed in lower order dimensional terms – e.g. “And the light shineth in darkness; and the darkness comprehended it not.” (from the Gospel of St. John, Chapter 1, verse 5).

The figure above, The Flower of Life, is the modern name given to the ancient geometrical figure composed of multiple evenly-spaced, overlapping circles. It is considered by many to contain ancient, religious value depicting the fundamental forms of space and time. Found in the palace of an Assyrian King, the oldest Flower of Life design dates back to 645 BC. 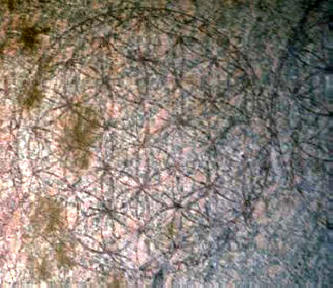 Below, we see its pattern echoed in a snowflake.

…and again in a Mandala.

From the Flower of Life, the Egg of Life is born.

A shape also echoed by atoms.

When viewed together, this seemingly disparate array of forms become a fascinating interplay of universal symbols, suggesting order and connectivity, from plant, to animal, to man; from the tiniest atom cluster to the largest intersteller swirl.

And it all starts with a simple  mathematic sequence.

You are currently browsing the Connectivity Through Form: Sacred Geometry & the Golden Mean category at PARALLAX:.