Breaking The Movement Taboo: Reclaiming The Body’s Power Through Dance 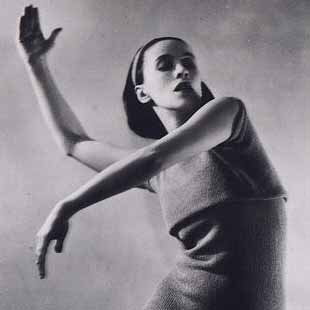 There is a vitality, a life force, an energy, a quickening that is translated through you into action, and because there is only one of you in all of time, this expression is unique.

Several years ago, I attended an art opening. During the event, I noticed a woman in the crowd start to move in a way that caused her to stand out. Dressed in flowy black clothing, she slowly, with great poise, began to extend her arms, moving her fingers as though sculpting the air. Eyes slightly downcast, unfocused and internal.

People stopped looking at the art and began looking at the woman. What was happening? Was she drunk? Having a slow-motion meltdown? The air in the room became tense and thick. Like underwater kelp, she allowed her body to gently sway back and forth, stepping forward to move ever-so-slowly across the room, all the while tenderly crafting the space around her with fluid fingertips. Her pace and reverence were reminiscent of Tai Chi, but more evocative. Each movement was graceful, flowing into the next.

She was a dancer, and part of her performance was to take us by surprise. One moment she was one of us, standing around, looking at the paintings on the walls—conforming to the confines of accepted physicality (sitting, standing, walking). The next, she was breaking the movement taboo. Neither sitting, standing, nor walking, but expressing, emoting through her body.

The movements themselves were simple enough, but they were affecting. They came from a deep, committed place within the dancer. 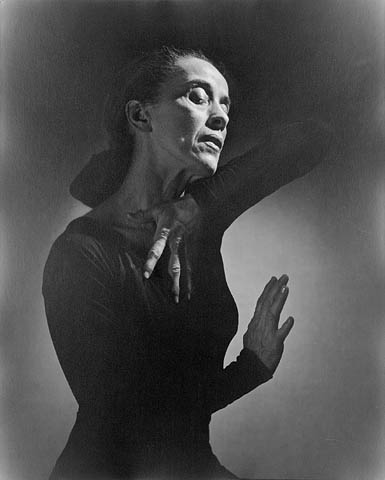 I was struck, not only by the performance itself, but also by that string of moments when people were taken aback by the simple act of a woman moving authentically. You could see in their faces that until they could categorize what was happening, they mistrusted it. Until she was officially “a dancer” in their minds, she was potentially a loose cannon for daring to step outside the confines of acceptable movement.

As we watched her perform, I noticed how sharply her physical fluidity and emotiveness contrasted our own uniform rigidity. It was then that I realized there exists an invisible tyranny over movement. An unspoken, shame-based restriction so pervasive, we don’t often think to question or challenge it.

Dance has been an important part of human ritual, healing and celebration since before the birth of the earliest civilizations. Archeologists have discovered paintings in Indian and Egyptian tombs depicting dancing figures from as far back as 3300 B.C.

While in tribal scenarios we once danced together—and still do in some parts of the world and small pockets of society—as culture has evolved, a distinct division has occurred between professional dancers, who are in effect “socially sanctioned” to move expressively, and regular folk who make jokes about having “two left feet.”

Break dancing is one notable exception, in that self-taught dancers are celebrated. But even in this scenario, it’s the most exceptional, skilled and practiced performers that are given audience. There are still parameters. Technique is required. One couldn’t simply improvise and make up for a lack of skill with feeling.

Beyond perhaps shaking their hips at a dim, crowded club here and there, most people without a background in dance feel intimidated by the idea of engaging their body in expressive movement.

Most of us who are not professional dancers have at one time been shamed—or watched others be shamed—by peers when we step outside the box of acceptable movement. The shadow of social stigmatization looms large. We fear being a joke, Elaine, in the TV series Seinfeld, who famously loved to dance but moved with embarrassing seizure-like jerks, thumbs and knees akimbo, all the while thinking she was the life of the party.

This unspoken shame and fear surrounding expressive movement prevents most people from ever experiencing the immense therapeutic benefits of dance. 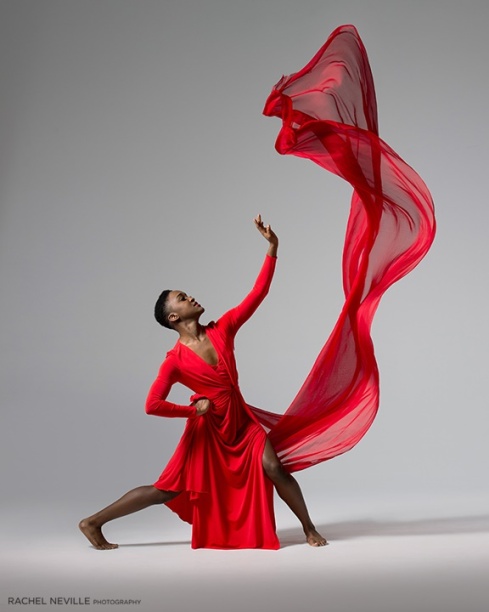 Swedish researchers have shown dance to improve mood and increase mental health. It builds cardiovascular, bone and muscle strength. According to the New England Journal of Medicine, dancing can decrease the onset of dementia, boosting immunity, memory and cognition. A Standford Study has found that movement to music creates new neural pathways by integrating several brain functions at once: kinesthetic, rational, musical and emotional.

The depth of skill required to perform any kind of classical or structured dance is undeniably impressive. But many people don’t realize there exists a genre of dance which specifically celebrates the authentic movement that springs from the untrained body.

Postmodern dance emerged in the late ’60s as a reaction against the compositional constraints of modern dance. In the same way, modern dance itself once rebelled against the rigid formalism of classical ballet. The Judson Dance Theater, a collection of Greenwich Village artists, dancers and composers, rejected formalism in favor of fostering the purity of ordinary movement.

They saw beauty and value in the freshness of instinctive human self-expression, often using untrained dancers in their performances. Postmodern dance is typified by natural movement—versus learned form.

Around the turn of the last century, people like Isadora Duncan had developed a style they called “free dance”—a rejection of classical formality, which paved the way for a deepened expression of natural movement. Drawing on inspiration from classical Greek arts, folk dances, nature and natural forms, Duncan “followed [her] fantasy and improvised, teaching any pretty thing that came into [her] head.” (Barefoot Dancer: The Story of Isadora Duncan.)

Several years after my experience at the art opening, I found myself stretching on a studio floor with a dancer-friend of mine. A modern dance teacher, she had been kind enough to give me a crash course in movement. As we warmed our bodies up and felt into the space around us, she told me all about postmodern dance and the virtues of authentic movement. Hearing from a trained, professional performer that my natural, untrained physical impulses had value was nothing short of mind blowing to me. As she stretched her hamstrings, my friend explained that, just like any art, the main purpose of contemporary dance was to develop one’s “authentic voice.” As a writer, I recognized this phrase and understood it. Authentic voice highlights the value of personality and uniqueness in making effective art. It denotes the pleasure provided by idiosyncrasy, honesty and sincerity.

To cultivate authentic voice takes experimentation, risk and practice—it’s a meditation on the power of vulnerability. Applying this idea to dance was a game-changer for me. Ultimately, developing one’s true voice in dance is not about technique, it’s about having the confidence to go deep, and to be vulnerable, allowing authenticity to shine through. 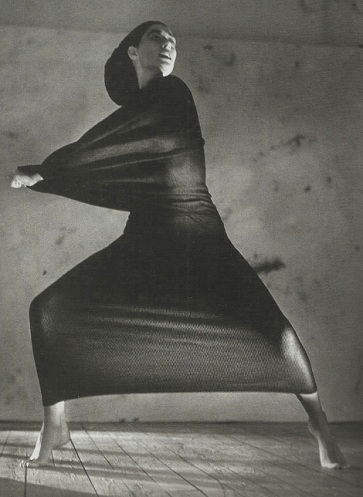 I started in my living room. I began to play with what my body wanted to do. My dancer-friend had mentioned Bartenieff Fundamentals, a method she had studied which begins with a focus on breath, and evolves into one of the body’s extremities taking the lead in expressing itself.

It could start with a hand, a shoulder, a toe, the spine…I learned that if I waited and listened, with music playing, some part of my body always volunteered for the job. And after that, another part inevitably followed.

The goal, my friend said, was simply to become comfortable with my own patterns of authentic movement. And then to eventually build and expand upon those patterns. Modern dance pioneer Martha Graham’s concept of Contraction & Release (a contracting movement with each in-breath, an expansive one with each outbreath) was also a helpful touchstone to begin.

In flamenco, there is a word called, duende, the spirit of the dance. Flamenco dancers wait to start moving until they feel the duende move them. They will wait, poised while the music plays, for as long as it takes. My first time experiencing being moved by the duende of dance was life-changing. I felt a natural rhythm take hold of me, propelling me. I wasn’t thinking at all, which felt delicious. As a writer who spends most of my creative time in my head, it felt amazing to move my focus to the body, to learn this new visceral language and communicate beyond words. My body rejoiced in its newfound freedom, and it had a lot to say. Stored emotions surfaced, flowing through me, released. It felt good to move expressively. In fact, it felt essential. I wondered how I had ever lived without it.

I started my dance practice while snowed in during the month of January, while fighting an immense depression. Without exaggeration, dance lifted me out of an epic funk and into a new exciting space of possibility. I had broken through the movement taboo and it was deeply liberating. I dare anyone to throw themselves into dancing to the full length of a song they enjoy and not feel a marked sense of uplift by the end. It’s an endorphin rush, athleticism meets creative catharsis. Dance is a vital resource of physical health and emotional wellbeing. You don’t need to take a class to do it. Dance is for everyone. With the exception of the completely paralyzed, someone in a wheelchair can move their upper body expressively to music—there are whole dance companies created by the differently abled.

Deep, expressive movement works as emotional therapy, a physical boost and a cardiovascular workout that you won’t even know you’re doing—until the song ends and you feel how fast your heart is pounding in your chest. Even a slow song, if you work on consistent pacing and fluidity, is a major core workout.

This is an invitation to shed the shame, break the taboo, and reclaim your body’s natural joy in movement. All it takes is 5 minutes, some space, some music, and your willingness to open up to what your body wants to say.

*For some inspiration, follow my journey as an untrained dancer exploring free/postmodern dance & movement on Instagram, @taiwoodville. Special thanks to Alissa Hattman for her notes on this piece, and for Michele Ainza (my dancer-friend) for freely sharing her wisdom, knowledge and inspiration.

§ 4 Responses to Breaking The Movement Taboo: Reclaiming The Body’s Power Through Dance

You are currently reading Breaking The Movement Taboo: Reclaiming The Body’s Power Through Dance at PARALLAX:.