The Perversion of the American Dream: Black Friday, Getting Darker Every Year 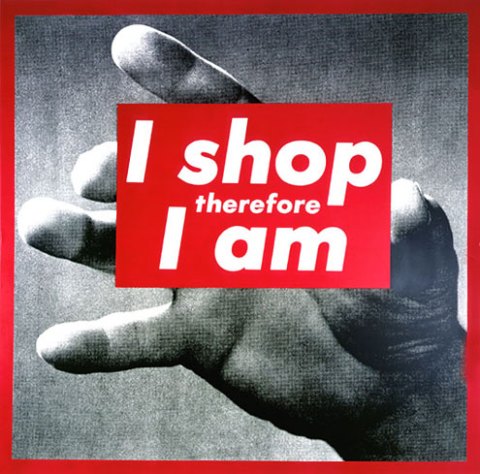 “It is advertising and the logic of consumerism that governs the depiction of reality in the mass media.” ~ Christopher Lasch

“Who covets more, is evermore a slave.” ~ Robert Herrick

There’s a term for it now. Police are calling the consumer frenzy that broke out today across America’s Black Friday sales “shopper’s rage.”

So named to imply the state of profit for retailers known as being “in the black,” Black Friday, which should perhaps be renamed Bloody Friday, is getting darker every year.

in 2008 a 34-year-old Long Island Wal-Mart employee was trampled to death by a crowd of product-and-savings-crazed customers who pushed the door off its hinges before the store was open, chanting, “Push the doors in.” 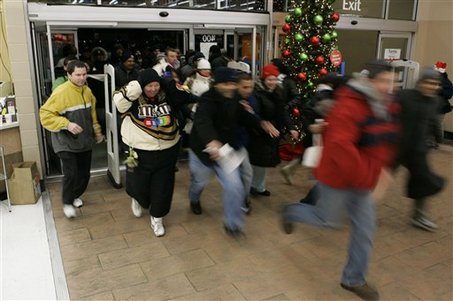 This year a woman in a Los Angeles Wal-Mart pepper sprayed a crowd of people in the store — including children —to get at the Xbox 360 she was apparently ready to do bodily harm to obtain.

“She was competitive shopping,” quipped Los Angeles Fire Captain, James Carson. But it has apparently become a bloody sport. 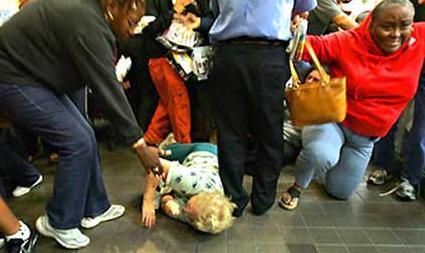 In San Leandro, California, a family was accosted by two men demanding their recently purchased products in a park. In what could be called misguided attachment, the family refused to fork over the loot, and the assailant opened gunfire. The victim was rushed to the hospital in critical condition.

In a less bloody but equally poignant example of the madness, a grandpa in Phoenix, Arizona, was slammed to the ground by amped up police for putting a game in his waistband to lift his grandson up over the crowd. 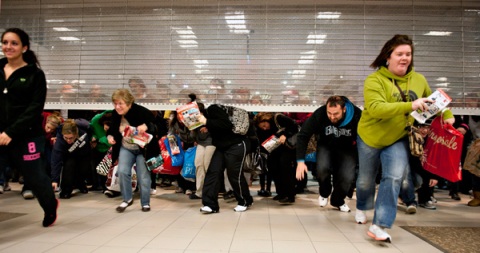 People are blaming the economy, but in this author’s opinion that’s a flimsy excuse. We’re not talking about food here. We’re talking about stuff. Gadgets, games, flat screen TVs. These are luxury items. And yet the madness is being framed increasingly in the light of class.

A conspiracy theorist might point out how much more convenient it is for us to turn on each other than to recognize the problem of our blatant overconsumption.

Yesterday, The New York Times, for instance, commented that,”Budget-minded shoppers will be racing for bargains at ever-earlier hours while the rich mostly will not be bothering to leave home.”

The rich, and also the wise, not willing to suffer the bloody sport of “competitive shopping” in the name of material acquisition.

In an article for Business Week elaborating on the class angle, Dan Beucke discusses the subject with Marshal Cohen, the chief industry analyst of The NPD Group, which studies consumers and retailing:

“Time and again, Cohen saw consumers whose shopping reach had exceeded their spending grasp. A credit card maxes out and a member of the shopping party is sent outside to collect another card from the waiting car. Or the cashier offers up a sub-total and the shopper starts striking items until the bill fits the cash on hand.”

The story is supposed to illustrate the budget-strained struggles of a pressured working class. But is there a deeper story going on? 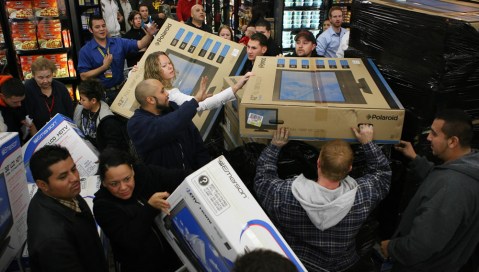 It seems more symptomatic of a mentality that people are willing to spend their last dollar on, go into debt for, “stuff.”

Again, these are luxury items people are buying. They are not necessities. The perversion of the American dream  has resulted in a bloated, yet ever-hungry consumeristic monster.

The only difference between the Black Friday people pinning sales clerks against the wall in their rush to snatch their plastic prize and the consumers who stay home and buy their shiny toys another day is spectacle.

To call this simply an issue of recession is to read the situation on a very superficial level. Rather, we must assume it is indicative of a gross misplacement of priority. What else can we call it when people become so crazed for things that a fellow human being becomes just one more obstacle between themselves and an XBox? 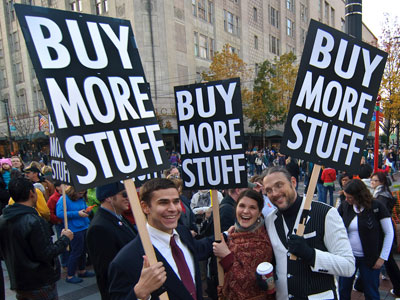 As economist Paul Heyne notes, “The gap in our economy is between what we have and what we think we ought to have – and that is a moral problem, not an economic one.”

And so we, as conscientious dreamers, must ask ourselves, as the crazed shoppers of Black Friday do not, what are we really hungry for? And what should we truly be feeding that hunger inside?

I say feed it experience, feed it human relationship, feed it books (you don’t have to buy them, go to the library!) feed it art (every museum has a free admission day!) feed it good music (in the city weekly papers, there are always free music events!) Feed it the sound of the wind in the trees, and rivers running. Feed it campfire stories, the sky and the stars. Feed it significance through reading, thinking, dreaming. Feed it love. Feed it beauty. Feed it knowledge. 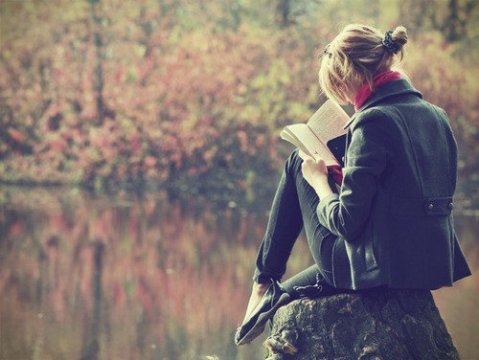 We are hungry, but as a nation we are stuffing ourselves with metaphorical and literal junk food. If you’re reading this, you already know this. So what can we do?

In the bracing and vitalizing words of fellow journeyer Terrence McKenna:

“We have to create culture, don’t watch TV, don’t read magazines, don’t even listen to NPR. Create your own roadshow. The nexus of space and time where you are now is the most immediate sector of your universe, and if you’re worrying about Michael Jackson or Bill Clinton or somebody else, then you are disempowered, you’re giving it all away to icons, icons which are maintained by an electronic media so that you want to dress like X or have lips like Y.

This is shit-brained, this kind of thinking. That is all cultural diversion, and what is real is you and your friends and your associations, your highs, your orgasms, your hopes, your plans, your fears. And we are told ‘no’, we’re unimportant, we’re peripheral. ‘Get a degree, get a job, get a this, get a that.’ And then you’re a player, you don’t want to even play in that game. You want to reclaim your mind and get it out of the hands of the cultural engineers who want to turn you into a half-baked moron consuming all this trash that’s being manufactured out of the bones of a dying world.”

What form does this take? You decide.

For me it takes the form of writing this blog and informs the direction of my work. It takes the form of conversations with fellow journeyers and conscious decisions to identify, and sometimes curtail, the buying urge that’s been implanted in my brain via psychological programming. Of recognizing and celebrating my difference from mainstream consumer-based culture and its distorted value system, and in further investigating how I can be part of creating something better.

For George Carlin, it took the form of fantastically searing philosophical comedic diatribes:

§ 35 Responses to The Perversion of the American Dream: Black Friday, Getting Darker Every Year

You are currently reading The Perversion of the American Dream: Black Friday, Getting Darker Every Year at PARALLAX:.